Christian (Leon De Vose, Jr.) got his start in photography by accident. As a teenager, he got in trouble for one of his many experiments. His Mom's cousin, a professional photographer, suggested a hobby and gave her a Yashica G-Mat twin lens reflex camera for him. Despite stops and starts due to dropped or stolen equipment this "hobby" has become part of his identity. He is equally known as a saxophonist, percussionist and quite prolific composer.

Christian approaches photography as he does jazz improvisation. Miles Davis once said that jazz improvisation is the art of finding the song within the song. Christian seeks to expose the image within the image. He is inspired by the most mundane objects. Flowers, planters, doors, corridors and aquatic birds all find themselves memorialized as visual storytellers. For the past few years, Christian has been gathering images for a series featuring "the city of his nativity, nascence and nurture," Newark, NJ. 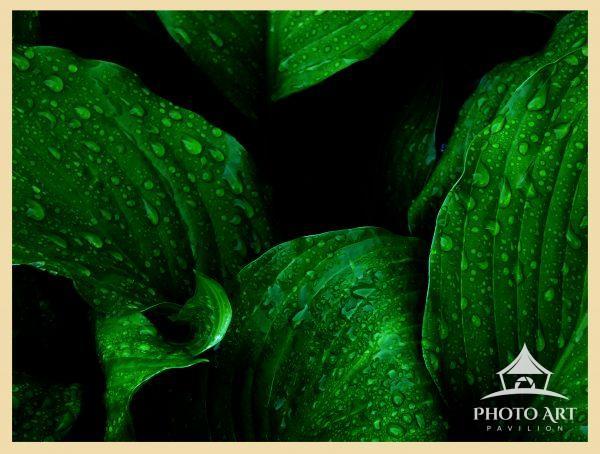 Hostas After the Rain II